When the hubby and I first started dating (in our twenties!  IN. OUR. TWENTIES.), I wooed him the only way I really know how to: through cooking. During that eyelash-batting phase, I assumed that he was like every other red-blooded American male I’d ever met – a meat eating, beer swilling type who ate vegetables as accessories to the “real” dinner. Imagine my shock – quelle horreur – when I discovered that the hubby didn’t eat his first steak until college, and upon our meeting, had never eaten pork ribs.

I immediately rectified the situation by dry-rubbing some beautiful baby backs and slow-roasting them in a boubon-apple marinade that turned into a glaze when finished on the grill. I can still remember the utter bliss of watching a man eat his first rack of ribs. It’s a pretty satisfying feeling.

Now, years later, it’s not often that I have 2-3 hours of uninterrupted kitchen time. Take, for instance, earlier tonight. We’re deliberately delaying dinner by thirty whole minutes in an attempt to try to adjust our kids’ schedules a bit. I honestly have no idea if it’s going to work or if we’re just going to be able to add this to our ever-growing laundry list of parenting fails.  Either way, right now it means that both kids are hopping up and down trying to get me to feed them RIGHT NOW while I’m rushing around the kitchen trying to throw together anything, anything that might seem to make sense for dinner.

That’s why these ribs are so brilliant – just set them into a quick marinade, set the slow cooker for 8 hours, and wait for magic to happen.  I swear, every time I make these, it’s like seeing the hubby way back when, crushing on me while I’m crushing on him, and we’re just both giddy as schoolgirls.

Or it can just be a really easy weeknight meal for you. I mean, whatever.

Recipe follows, after the jump. 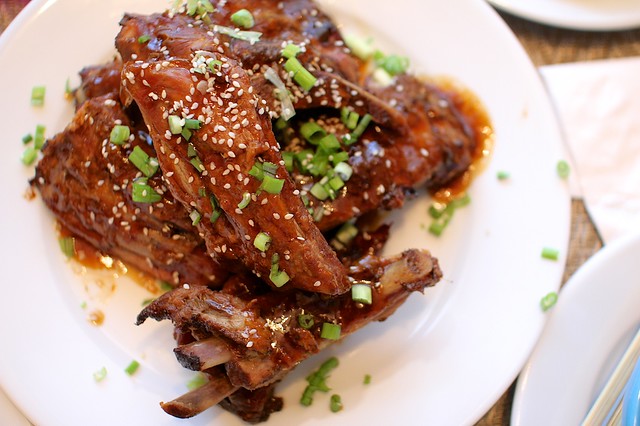 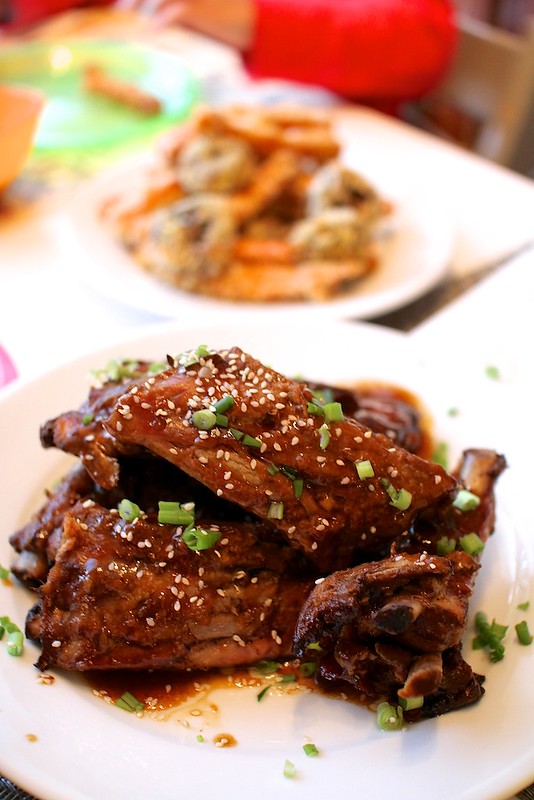