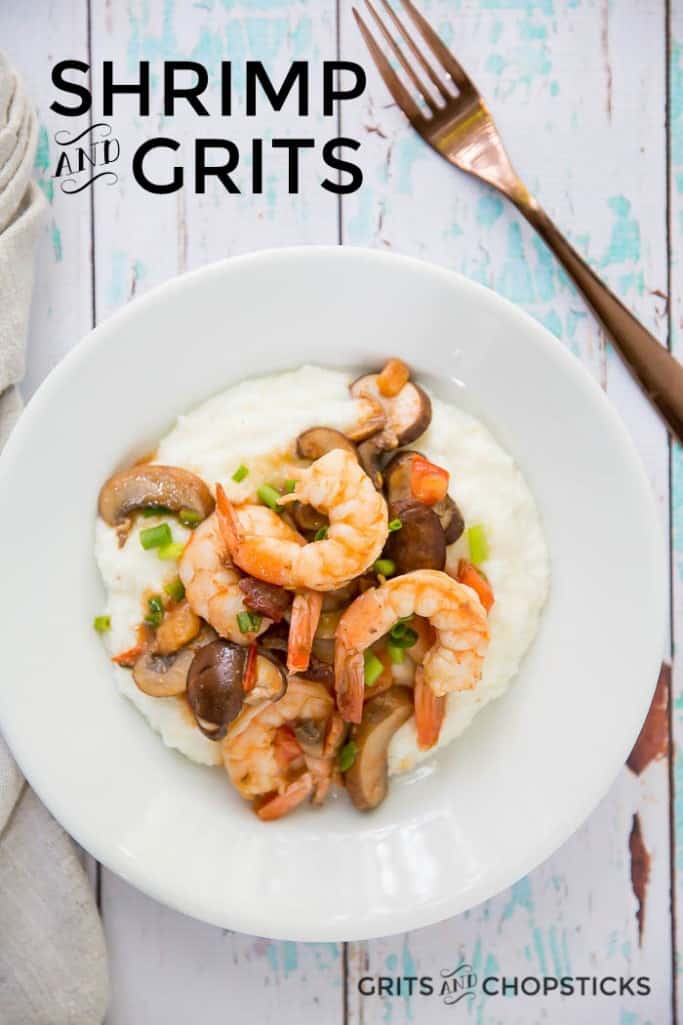 Guys, I love shrimp and grits. No, let me say this again, so you hear me really, really clearly on this one: I. Love. Shrimp. And. Grits.

Shrimp and grits was the first truly Southern dish that I made in college. I lived in South Carolina nearly my entire life and didn’t even realize that shrimp and grits were a Lowcountry South Carolina thing. I thought people everywhere ate grits, and surely nothing could make more sense than to have shrimp on top of them. Of course, variations of shrimp and grits abound. My favorite back in college were a creamy, slighty-spiced tomato sauce version made by The Bookstore Cafe in Charleston, which closed years ago. I think one of the former owners now runs Charleston’s Cafe in Mount Pleasant, South Carolina.

After The Bookstore Cafe shuttered, for years I made shrimp and grits that paid homage to theirs. First, I’d build a creamy Bechamel sauce (a French mother sauce consisting of flour, butter and milk), then flavored it with tomato paste and fresh tomatoes, topping the concoction with sliced green onions and a little crumble of bacon.  I poached the shrimp in that sauce to marry together the brininess of the shrimp with the sauce. The end result was a really heavy version that required a lot of careful monitoring on the stove to make sure that the sauce didn’t get too clumpy or overwrought. I’ve spent many a dinner party hunched over my stove, obsessively stirring my shrimp n’ grits.

Over the years, I’ve let go of that heavier, cream-laden version in favor of a lighter shrimp and grits that’s derived from Hominy Grill, one of my favorite restaurants in Charleston. 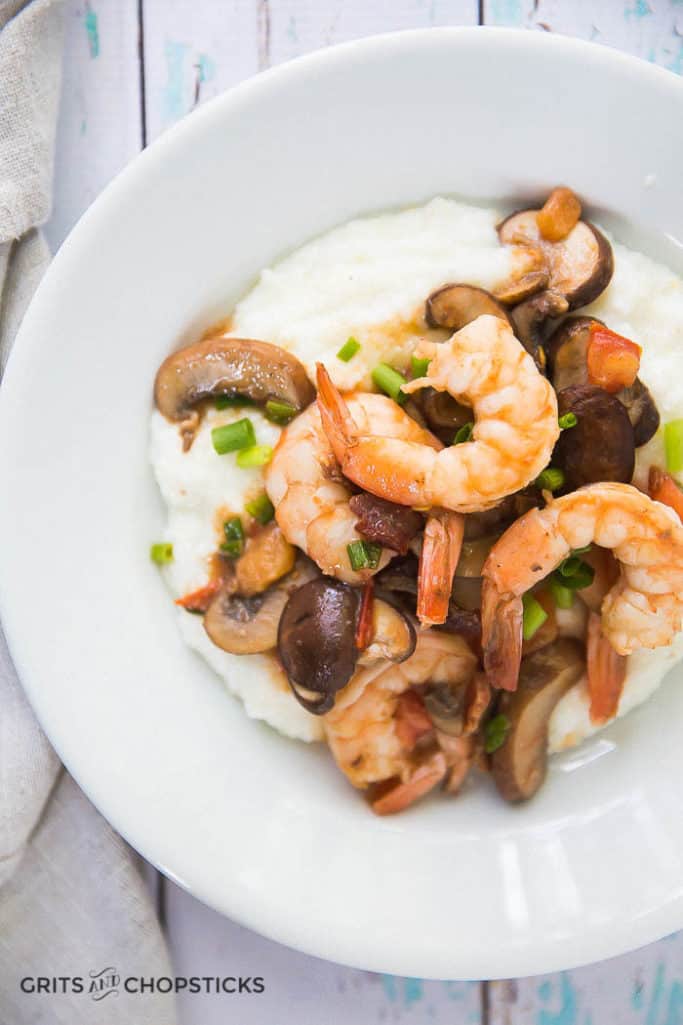 I’ve always loved Hominy Grill. It’s a simple, no-frills Lowcountry joint, one that has deservedly attracted national attention. The first time I had their shrimp and grits, I bemoaned it for being relatively sauce-less, consisting only of a few butter-sauteed shrimp, mushrooms, sliced green onions and bacon. Then I realized I could tweak it at home just to give it a bit of sauce and make it a hybrid version with the kind I used to have at Bookstore Cafe (cue rubbing hands together and evil genius laughter).

I made my modified shrimp and grits recently for a brunch play date at our house. I found Hominy Grill’s version of shrimp and grits so freeing to make in front of company — there wasn’t any obsessive stirring, I could chat with my friends and I was able to make the grits well ahead of time. I let the grits warm on the stove while the kids were playing and the adults chatted. Then, once we were ready to eat, all I had to do was throw the shrimp along with a few of my prepped ingredients (chopped tomato, sliced mushrooms, crumbled bacon, and sliced green onions) into a hot pan with some butter. With just a few shakes, a squirt of lemon juice and some seasoning (just salt and pepper), the entire mixture came together in a triumphant, colorful medley within minutes. It’s the best kind of dish for company — simple for the cook, but impressive to the guests.

Lastly, we have to talk about the shrimp. I mean, they’re the star of the show, right? I generally try to find the freshest shrimp possible, but not necessarily the largest. Jumbo shrimp, while beautiful and impressive, aren’t necessary in shrimp and grits. I use 21/30 count shrimp (the count is the number of shrimp per pound, which can tell you a lot about the size — the lower the count, the larger each individual shrimp is). I find the 21/30 count to be plump and juicy enough to be the star of the show, but not so much that they seem freakish on the plate.

I mean, that’s a legitimate worry, right? Oversized shrimp in a universe of tiny, sliced and diced accompaniments?

I shudder at the thought. 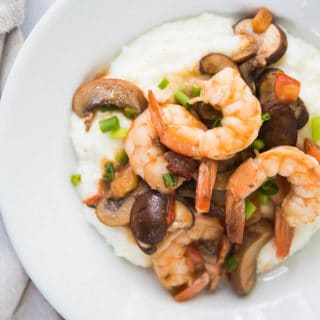 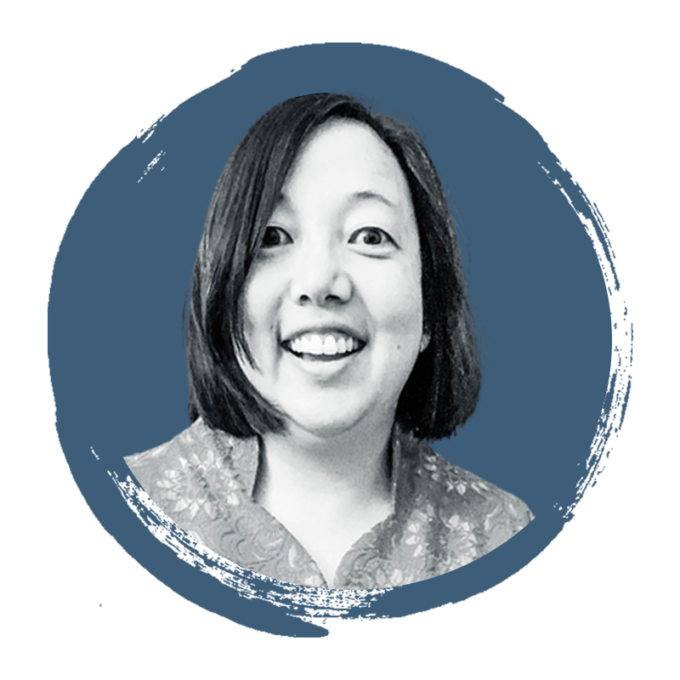 Get all the latest! 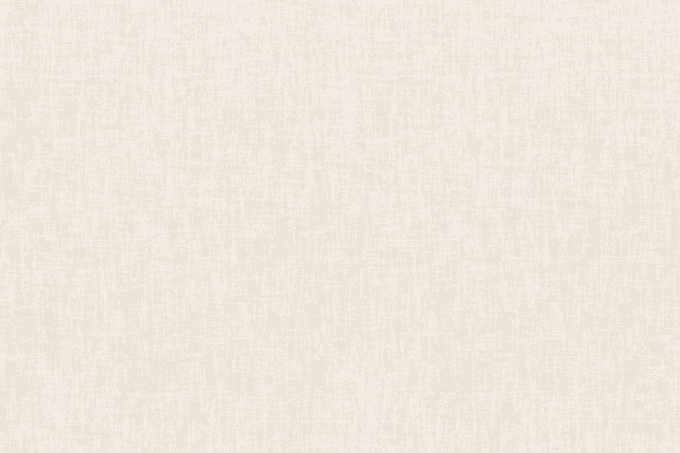