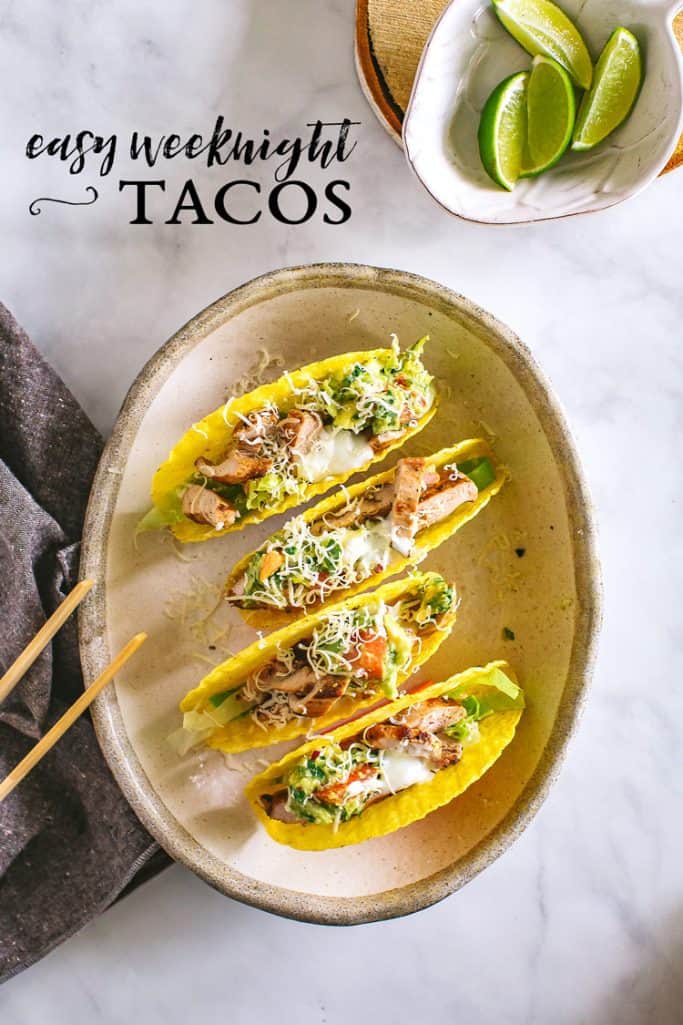 Today’s post is all about the easiest weeknight tacos you’ll ever make. During the holidays, I cook the easiest meals I can find so that my focus can be on prepping and making our holiday feasts. Yes, you read that right: we’re a multi-feast family. But in between all of the feasting we need still need to eat, so I make dishes like these easy weeknight tacos. This version uses wild partridge, but you could do it just as easily with chicken breasts if partridge isn’t available where you are. Click through to see and learn more about why I used partridge! 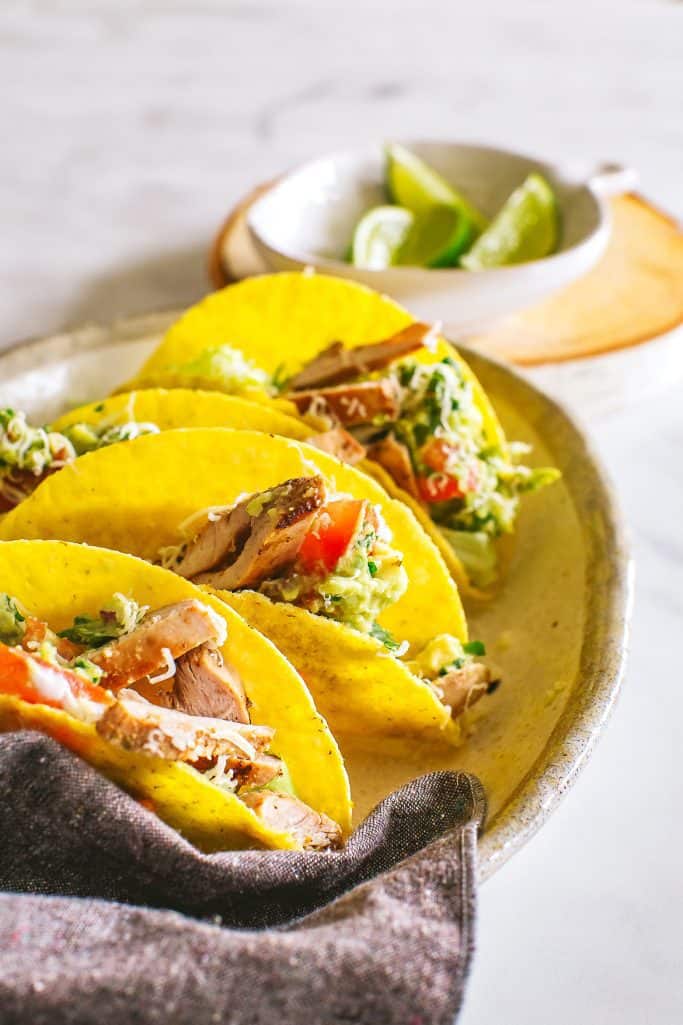 A couple of months ago I attended an event here in London hosted by Eat Wild, a campaign organized by the British Game Alliance that is focused on promoting wild game to home cooks like you and me. Wild game hunting is still a popular past time in the UK (even the royals do it) and as a result, there’s actually a surplus of wild game meat in the UK. Instead of letting this meat go unconsumed, the British Game Alliance is working to change people’s perceptions of wild game, such as grouse, partridge and pheasant.

For my easy weeknight tacos, I seared off a couple of wild partridge filets from Wild and Game, a purveyor here in the UK of all sorts of wild game products, from grouse and board sausages to pre-prepared meals like pheasant tikka masala (an Indian curry). I didn’t want to mask the flavor of the partridge too much, so I just seasoned each filet with a little bit of homemade taco seasoning.

Then, it was judgment day. I sliced up my wild partridge into strips and nestled them into hard taco shells along with shredded lettuce, guacamole, cheese, sour cream and chopped tomatoes. I slid them across our dining room table, casually mentioning to the kids that instead of chicken we’d be having partridge tonight. Then I braced myself.

Ge Ge took a closer look and sniffed. “This smells really good!” he proclaimed as he crunched into one. “When you say partridge, do you mean like in a pear tree?”

“Yup. Does that bother you?”

Sometimes kids can surprise you. To be fair, partridge is a surprisingly light white meat. It’s more tender than chicken breast and doesn’t have a “gamey” aftertaste like some wild game tends to have. I’ve since used partridge as a substitute for chicken and found that there’s a lightness to the dishes I make that didn’t exist with chicken. Plus, because partridge filets are much smaller and thinner than chicken breasts, the cook time is much faster. Faster cooking = faster dinner prep = less time my kids are whiny. Wins all around!

If you’re living in the UK, you can order partridge and other wild game directly from Wild and Game, and many major UK grocery retailers (such as Waitrose or Tesco) have started carrying it. If you’re in the US, my favorite specialty food purveyor Marx Foods, based in Seattle, carries a range of wild game. Of course, you can always enjoy my recipe for easy weeknight tacos with chicken.

Like this recipe? Pin the image below for later!